The Game of the Year Isn't a Game

It is a service!

This year's best game isn't a game at all; it is a collection of games, a subscription service that has all but cured me of buying individual titles.  It is the Xbox Ultimate Game Pass.  While I was dubious of the subscription model for gaming, Microsoft's offering is tops in offering the best entertainment from years past as well as many of this year's biggest hits.

Microsoft's subscription model come in three flavors.  There is the Xbox Game Pass, Xbox Game Pass for PC, and Xbox Game Pass Ultimate which includes content from the other two.  If you think back to subscription services you have used in the past, particularly before the pandemic, you'll remember that most don't feature the really great titles until they've been out for a while.  Not so with the Xbox Game Pass.  It features some of the hottest titles of the year on the date of launch.  It never feels you're subscribed to B-list titles.  Many of my favorites from Microsoft and EA and others are all here, ready for me to play.

Further, Microsoft is expanding on the "game anywhere" approach by offering streaming game-play of many titles to Android devices.

I'm old enough that I value having my "things": My record collection, my dvd collection, my books.  Frankly, I still like the idea of being able to play my music collection, for instance, even if someday I'm not in a position to pay for a streaming music account.  I'm not sure it works the same way for gaming.  While it is true that in some cases you can play last-gen games on next-gen machines, it is by no means universally something you can rely on.  And what are you going to do?  Fire up a twenty year old Xbox?  I think it more likely that gaming will largely be ephemeral, that with certain exceptions, we will want to play the latest and greatest versions of whatever franchise has hooked us.  Yes, I am aware that esport players prefer Age of Empires II to Age of Empires IV, but I am also aware that both titles are available through the Game Pass Ultimate, and I suspect that titles that retain mass appeal long after release will, in many cases, be available to stream, much as classic movies are today.  (And, if I need to buy a copy of an old game, the price will almost certainly be cheaper years after launch.)

I just don't see the upside to buying a game today if it is also available with dozens of others in a curated subscription collection.  There will be some games that won't be available on the Game Pass.  You're not going to find your favorite Nintendo games, or Playstation exclusives.  I can live with that, and I'll pick up an occasional game along the way.  But for now, the Xbox Game Pass Ultimate delivers on its moniker.

Of course there are other subscriptions out there.  One of my favorites is the Apple Arcade, a low-cost library of games playable on the iPhone and iPad. It has lots of variety and quality games, though these tend to (as the name suggests) be more casual titles with an emphasis on lighter fare.  In fact, you can sometimes find two versions of similar sounding games on Apple, one as a stand-alone and the other in the Arcade, but the latter is usually more streamlined than the fuller featured stand-alone title.

Nintendo's Switch Online subscription is still in its infancy, and is not yet offering access to the company's latest and greatest first-party titles on day-of-launch.  The basic service includes a good collection of over a hundred classic NES and SNES games.  The expansion subscription adds some Sega Genesis and Nintendo 64 titles, but the collection is small and (at this point) overpriced.  If you want to game on-line with the Switch, by all means, get the subscription to the basic service, but pass on the premium expansion.  It just isn't worth it in my opinion.

Sony's Playstation Plus is another service, with a twist. Instead of downloading the games to your device, it streams them, much like Netflix for movies.  The parallels go deeper.  Have you ever spent an evening thumbing through the Netflix catalog thinking "there is a lot here, but not exactly the latest, and not exactly what I'm looking for"?  This is the problem with Playstation Plus.  It undercuts the Xbox subscription significantly on price, but doesn't offer the same number of AAA titles on launch day that Microsoft does.

I'm not in a position to know if the economics of Xbox Game Pass make sense; Microsoft reportedly thinks so.  The idea is that the money is to be had in converting the world to gaming, that the collective rental market can exceed the old purchase and play model.  It is an experiment that has definitely worked for me as a consumer.  I hope it will for Microsoft going forward.

If I only were to buy two top games in the collection this year I would have spent as much as my annual subscription.  With the subscription I have access to dozens of games, many of which I never would have purchased on a tight budget.  As long as Microsoft keeps serving up high quality games, I'll gladly subscribe. 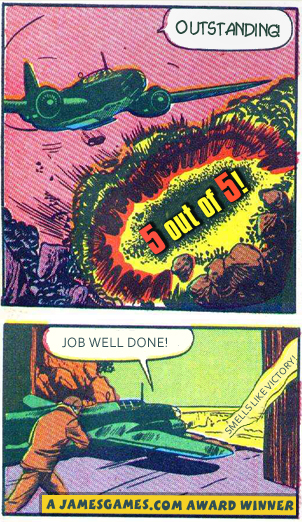