By: James Oppenheim | Created: 2008-09-09 11:43:56 | (Updated: 0000-00-00 00:00:00)
It wasn't long ago that there weren't too many earbuds with an in-line microphone that worked with the iPhone. Now, many (even Apple) have rushed in to fill the vacuum left by Apple's defective-by-design earphones that ship with the iPhone. (My out-of-the-box Apple earbuds are less then two months old and already falling apart; the cheap rubber gaskets around the earbuds have cracked and are peeling off.) You can spend anywhere from forty to over four-hundred dollars for a set of earbuds - depending how golden your ears are (and how much is left in your 401(k) after the current Wall Street turmoil.

At about $100 the V-Moda earbuds aren't cheap, but they don't cost twice the price of the iPhone like the high-end models from Ultimate Ears and Shure and they seem much better constructed than the standard earphones that ship with the iPhone.

These stylish earphones have some very nice details that make using them very enjoyable. The plug, for instance, is designed to make it less likely that the cord will be pulled out accidentally from the phone or that the wire, itself, will be damaged. Apparently, this is a redesign of the original product which, according to on-line comments from customers, caused the phones to fail after only a few months of use.

The wires are encased in a skintight fabric sheath that helps prevent tangling, a very nice feature. On the other hand (and in distinction to higher-priced models), the wires are not user-replaceable.

One feature they share with most high-end earbuds is that they are "isolating" phones. Since they go "into" your ear, outside noise fades into the distance. That is a plus when you're enjoying your music on an airplane or bus, but it can be downright dangerous when you're crossing the street. The original Apple phones present a safer, situationally aware listen. Even in the workplace, where you may feel comfortable wearing your Apple earphones because you can hear those around you, the V-Moda design may cause you problems: at normal speaking levels, you won't hear what your colleagues are saying. And, as with nearly all in-ear devices you're going to have to deal with the slight pressure exerted by the phones on your ear canal. Some find this pressure somewhat oppressive. I grew up with the big, over-the-ear headphones so I'm used to a bit of discomfort for my music, and you could hardly call these uncomfortable. It is also great not havng the earphones constantly falling out of my ear as do Apple's.

How about the sound? You're going to notice a major change from the standard-issue earphones. I found the quality of sound good, but marred by excessive bass and a lack of openness. If Apple's earphones are non-intrusive, open, and lacking bass, the V-Moda's don't let you forget you're wearing them: the sound is much more "in your head" and bassy. Again, this is a matter of personal taste. It is also, as you might expect from a single driver design, a bit muddy and dull. V-Moda' marketing materials suggest that this "warmer" sound is by design, I kept wishing I had an equalizer to open up the highs a bit.

I also got complaints from people I would call on my iPhone that I sounded "Distant" and "Muffled". I found that to talk comfortably I often had to take one earbud out, otherwise my voice seemed to boom back at me.

The bottom line? With a one-year warranty, these attractive, relatively comfortable earbuds deliver decent sound and a microphone with standard iPhone switch at a price that seems reasonable in relation to the phone, itself. If you are adverse to the in-ear design, need a phone that let's in sound from the outside world, or have golden ears you'll have to look (and listen) further.
- details -
Manufacturer:
V-Moda 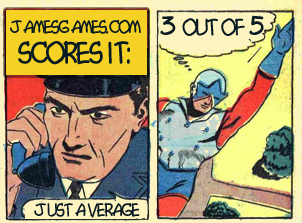