By: James Oppenheim | Created: 2012-05-21 11:26:29 | (Updated: 0000-00-00 00:00:00)
Note taking was was a problem that plagued my career as a student. "The five principle causes of the Civil War were..." would intone my professor. While I was writing I was also thinking about what was being said and invariably I'd end up with four of the five causes. If I had the Livescribe Pulse digital pen I wouldn't have had the problem. You see, as you take notes with your Pulse it is also digitally recording what is being said as an audio file. Just touch the notepage at the place you were when you missed an essential point and you'll hear the prof give you the answer! This is a must-have product for every high school and college age student!

There is more to the Livescribe system, but everyone who I've shown the pen has immediately gotten how much better their life would have been had they only had this breakthrough gadget! This pen speaks to us (literally) who have ever looked at our notes after a class or meeting and thought in dismay, "gee, I wish I had better handwriting."

The Livescribe Pulse is the brainchild of Jim Marggraff, the genius behind so many Leapfrog products that your kids probably used when they were younger. Jim seems to have a knack of creating products that have sci-fi-gee-whiz appeal, but are extremely practical and empowering. He has graduated from the Leapfrog reading systems and talking globes to products for grown-ups. He is a man with a vision; in this case a pen that listens, talks, and even (with the right software) can translate.

The Pulse does its magic by writing on special notebook paper. Each page has, in addition to lines, a small control panel at the bottom that acts as the dashboard for the audio player. You can fast forward, reverse, and even speed up or slow down the audio (but still keep it understandable). The pen has a built in microphone, but you can also use the (included) earbud headphones as stereo microphones.

As I mentioned, the pen offers all you need to playback your notes, but the Livescribe system goes even further: By placing the pen in its USB cradle (which also doubles as a charger) you can transfer your notes to the computer. Both the audio content and a copy of your handwritten notes and drawings are uploaded. Using the mouse, you can click on any part of the page to hear what was being recorded at the time you took the note. My only wish was that the playback could be set back to automatically rewind a few seconds before the writing, as I typically was a bit behind in my note taking.

The Pulse actually made me a better note taker. Since the pen works best in playback when you have something, anything, on the page when a message point is given, I helped me get into the habit of not letting a point go by without making at least a note of it. Later I could fill in the blanks by using the audio playback feature.

In addition to working as a note taking device, the pen can be programmed to perform other functions. Out of the box it comes with a full function calculator. In the future, the company sees the Pulse as an extensible platform with an ever growing list of 3rd party applications. One way you could "expand" on the product now is by having the pen play back its contents to the Jott.com application. With that you could actually get transcribed classroom notes!

During the testing process I did encounter a bug that caused the pen to lose sync with the notes from one of my sessions. Technical support says that the error is rare, but to be on the safe side, I would still not be too complacent about the quality of the paper-based, "real-time" notes I took if I was using the pen, just in case.

The Livescribe Pulse Digital Pen ($149 and up, depending on memory) is one of the leading contenders for gadget of the year. If you have a college age student in your life, this should be on the short list for things to take to school.
- details -
Manufacturer:
Livescribe 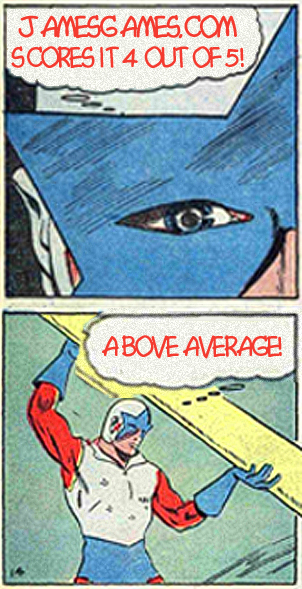