Electronic Dice Do All The Work

Every once in a while a gadget comes through that lights up our place with excitement, that ineffable magic quality that turns us into children again.  I felt that the first time I saw the GoDice ($119), a set of six electronic Bluetooth dice. (A two dice set is also available for $49.99)

They say first impressions are important, and everything about meeting the GoDice is above average, even the unboxing experience is designed to impress.  The rectangular, fully recyclable box is encased in a cardboard slipcover, which when removed reveals a handsome cardboard enclosure with a hinge that must have been designed by someone with an advanced degree in geometry.

Within are the six dice, stored, and visible in their transparent case that also serves as a charging station. Digging further is a storage pouch, transparent tablet stand, and instructions.  You need to supply a compatible tablet or smartphone, and download the free app.

Again, first impressions are excellent:  the dice are released from their case with a simple twist of the locking mechanism.  Dice are charged by briefly holding them against the charging base which integrates with the dice case when not in use.

With the dice charged and the app loaded you have a choice of about ten games to try out.  The games are electronic versions of oft-played dice games , including a generic version of Yahtzee.  The dice communicate with the app such that it knows what has been thrown.  Sadly, this is where things get a bit “dicey” for the GoDice.

The problem is that, in most cases, the part of the game that has the most educational value, the math, is all done for the players in the video game.  We’ve seen this before in electronic versions of classic board games.  For instance, in several electronic or video versions of Monopoly the work of the banker is done automatically by the machine.  I seem to remember a video version of Candy Land where the counting and moving of pieces was done for you.

This robs children of much of the value these games have supplied for decades – in the case of dice games, centuries!  The gee-whiz of the technology actually takes away from the experience, turning many of the games into little more than a slot machine that is doing all the work for you- even telling you when you’ve won.

Some of the games take advantage of the special qualities of the dice.  For instance, in one that is like a dice variant on musical chairs, the dice flash randomly for a period of time before one turns read.  The object is to grab a green die, and avoid taking the red one.  However, most of the games, the one with built-in arithmetic do the work for the players.

Unfortunately, what we’re left with is an expensive set, with lots of “cool” factor, but little play value for children. 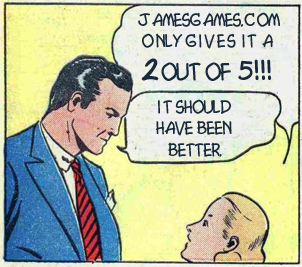